a time travel game! partially inspired by the movie Primer

It's short, but I'll be working on a post-jam version!

When you press Z and change to a different self, time instantly snaps back to where they were when they stopped moving.

The idea here is that when a past "replay" person sees something that they didn't see in the original run through the loop, the replay is no longer a deterministic replay and now has agency to make its own new decisions in this new timeline.

But, the player can only control one character at a time, so the swirly blue ghosts are placeholders telling you which replays need more input.

It can be quite tricky to separate two daves, but if you keep swapping back and forth between them they'll eventually separate... the Z mechanic is not the clearest; if you're super stuck on the tutorial level ("press z and arrows to redo your past"), this sequence of inputs should get you started:
RRRUU XXXX LU (the first dave should now be a swirly blue ghost)
Z+left LLLLU Z+left

The game autosaves your progress; if you'd like to go back and play old levels, you can reset your save data with this script (sorry, I should have made this possible in-game but it slipped my mind!)

I had the idea for this years ago, but I recently watched Primer and realized they used a very similar time travel system as my theoretical game, so I decided to make finally make it.

It turns out that coding time travel was wicked difficult (I'll be sure to tell that to my past self... or actually hmm I'll just give him the code? bah but it's not watertight yet and he won't be able to understand it well enough to edit it... maybe I'll give him a lecture about the general architectural overview of the code instead. okay, anyway) so I'm planning to keep working on this and flesh out a post-jam version.

Shoutouts to Primer for the idea that the time travel device must be turned on and continuously occupied while you travel back through it. Well, shoutouts to physics too, I suppose.

follow me to get updates about the post-jam version of this!

check out my worryingly recursive puzzle game, Inbox Unbox! (public demo available to play for the next week!) 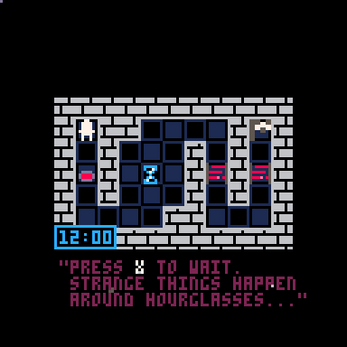 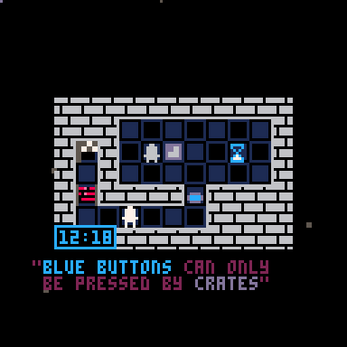