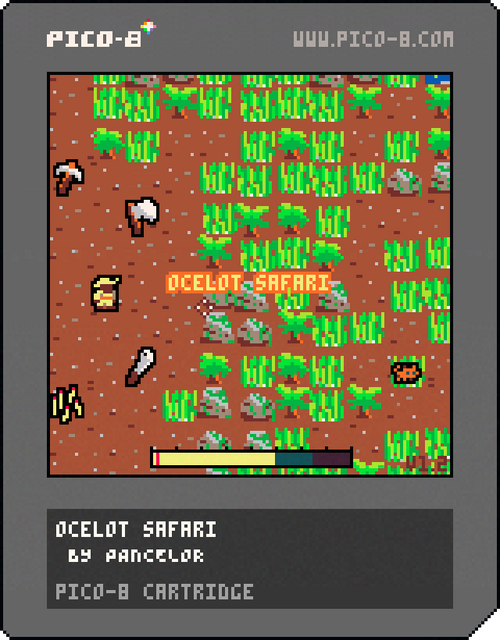 before, pushing tools into objects played the tool’s sound, but not when pushing into tiles. now, that’s fixed – tools play their sounds when pushed into tiles

before, e.g. pushing an axe into matches would make the axe’s chopping sound, which didn’t make any sense

as pointed out by le slo, this was broken before. it works now!

fix crash when resetting the game

not something anyone has ever reported, but it was a tiny easy fix that avoids a crash that I stumbled across yesterday

pico-8 made this dead simple, I just didn’t get around to making desktop builds (win/mac/linux/raspi) until now

retrieve the lost gemstone of Tezcatlipoca